Mini Ottawa | Blog | Recharged and electrifying: the classic Mini launches into the future.

Recharged and electrifying: the classic Mini launches into the future.

Originating from a dedicated team at MINI Plant Oxford, sustainable driving fun is now being created in a classic car. An electric motor for the original Mini combines tradition with pioneering technology – all in the spirit of circular economy. 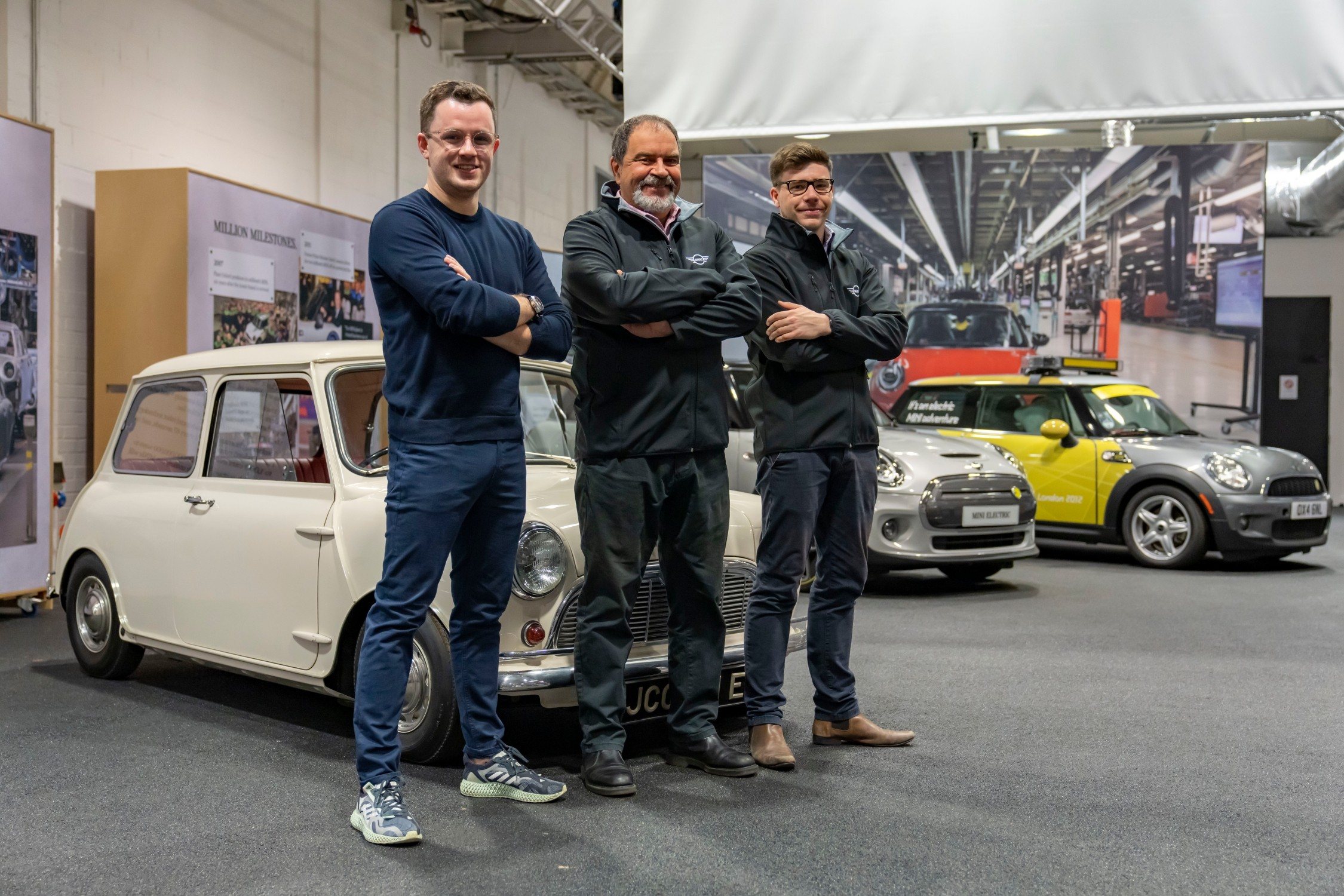 Munich. If Alec Issigonis could design the classic Mini again today, the iconic small car would have an electric motor. After all, the original launched in 1959 was created during an oil crisis and based on the idea of saving fuel and transporting four occupants and their luggage in the smallest possible footprint. To this day, MINI remains linked to the principles of designer Issigonis with its creative use of space and driving fun. The MINI Recharged project is an opportunity to continue telling the story of the classic Mini in the 21st century, in a sustainable way. 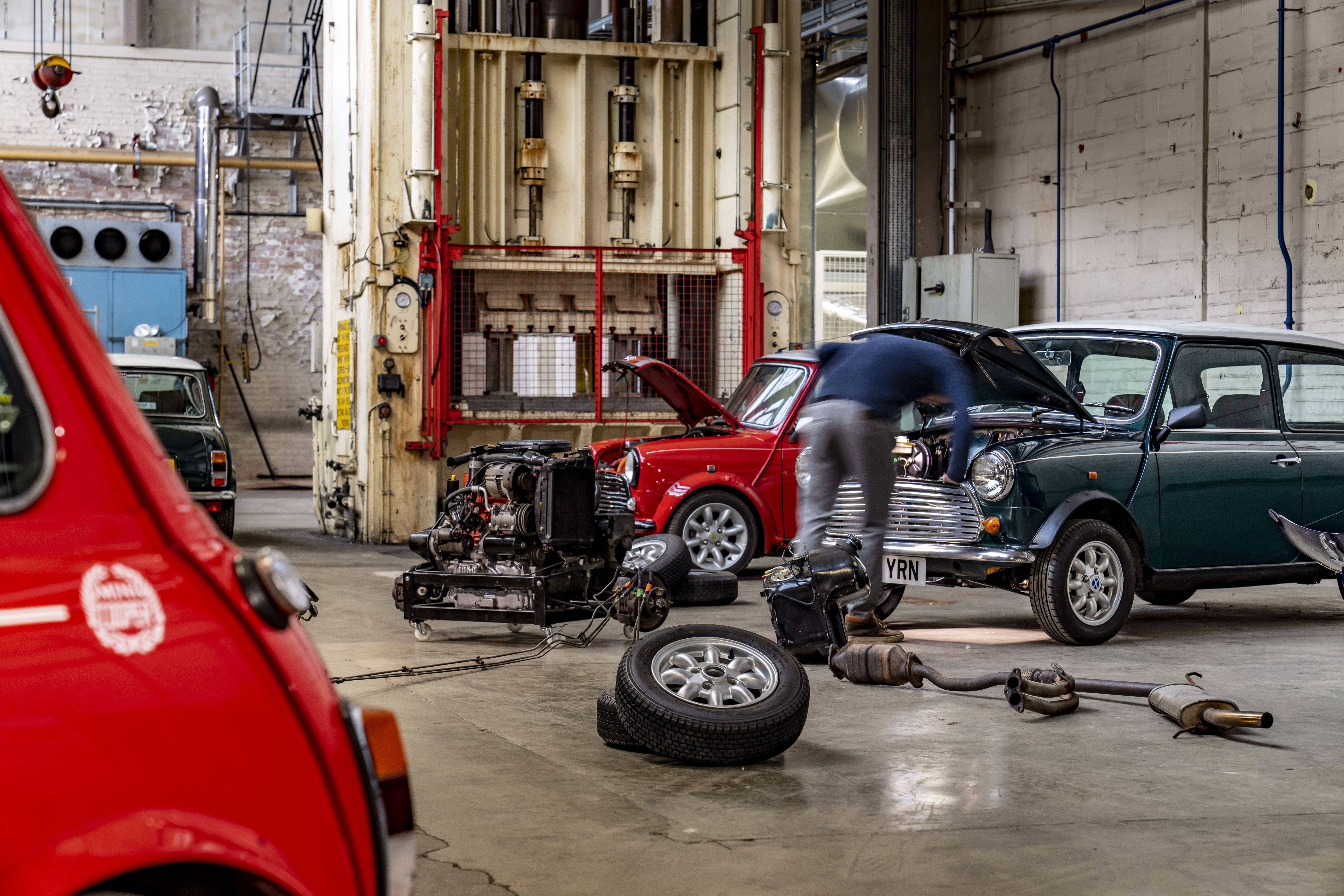 The conversion of classic Minis to an electric drive combines traditional values with future-oriented technology. The idea was born even before the British premium manufacturer had a fully electric car on offer with the MINI Cooper SE (electricity consumption combined:17.6 – 15.2 kWh/100 km according to WLTP; CO2 emissions combined: 0 g/km.). As a one-off, a classic Mini Electric was built in 2018 and presented at the New York Auto Show. The reactions were so positive that a dedicated team from MINI Plant Oxford set to work and developed the plan to make a corresponding offer available to customers who own a classic Mini 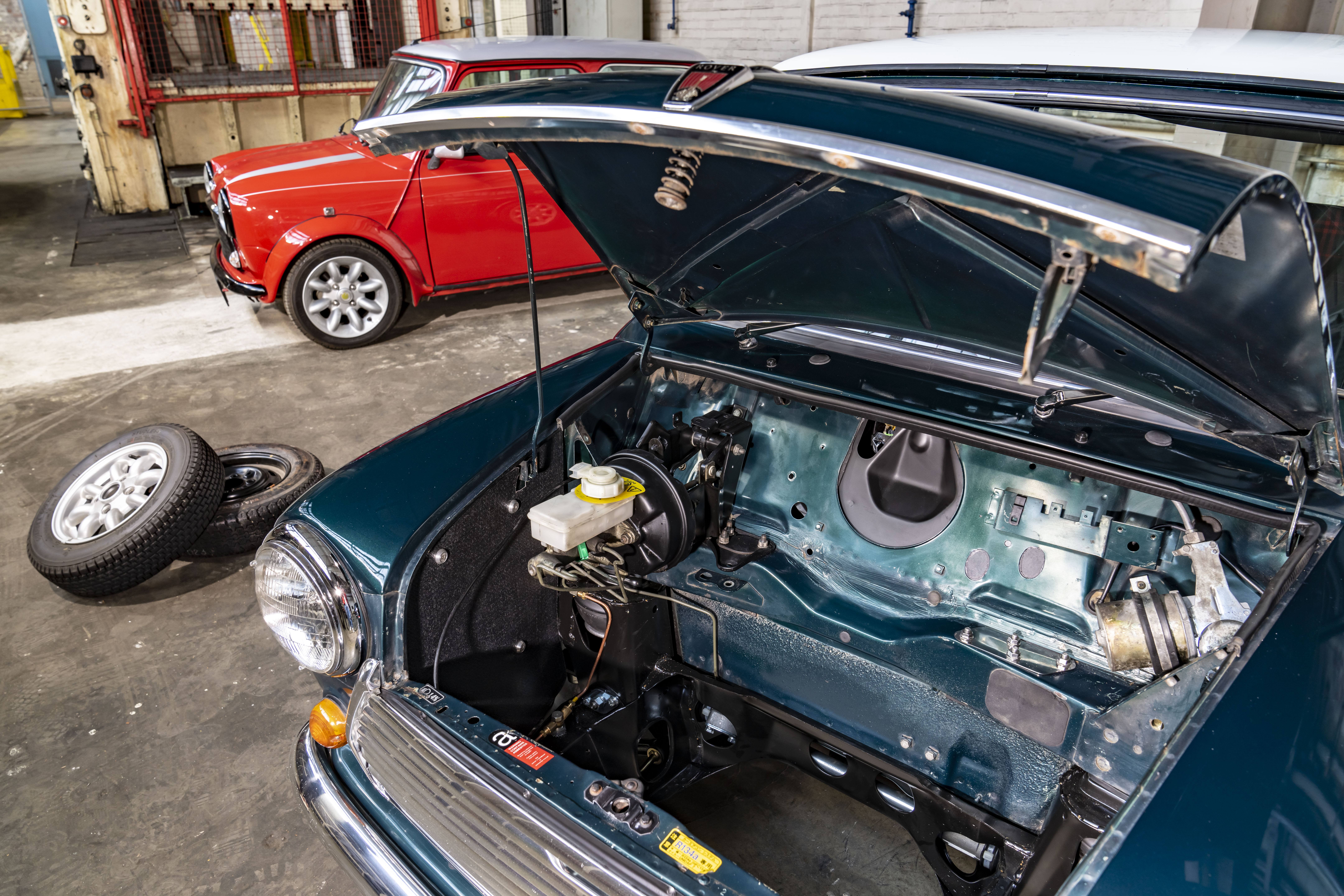 To experience traditional go-kart handling with an emission-free drivetrain, the original petrol engine of the classic Mini is replaced by a modern electric drive. Only reversible changes are made to the substance of the vehicle during the conversion as part of MINI Recharged. Careful handling of the historical heritage is an important part of the concept. This makes it possible to restore the classic Mini to its original condition at a later date. During the conversion, the original engine of each vehicle is marked and stored so it can be reused in the event of a future retrofit of the classic Mini.

“What the project team are developing preserves the character of the classic Mini and enables its fans to enjoy all-electric performance. With MINI Recharged, we are connecting the past with the future of the brand,” says Bernd Körber, Head of the MINI Brand. 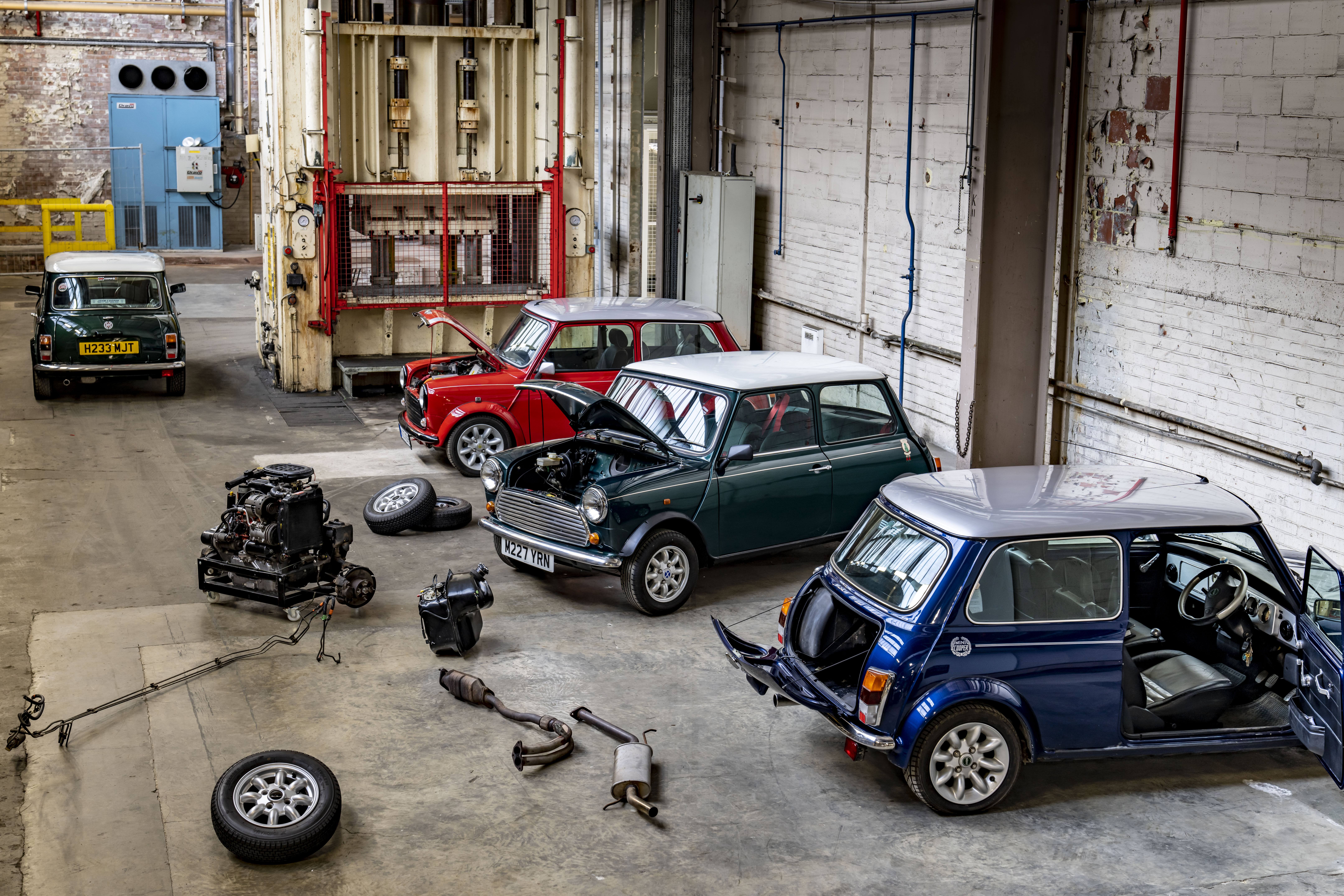 The MINI Recharged project means a vehicle’s life can be extended in a sustainable way. A classic Mini can now be given a new lease of life, accompanying its owner into the future, whilst maintaining its much-loved heritage. The drive is a modern electric motor that generates a continuous output of up to 90 kW and accelerates the electrified classic Mini from zero to 100 km/h in approximately nine seconds. The energy is supplied by a high-voltage battery, which can be charged with an output of up to 6.6 kW and enables a predicted range of around 160 kilometers. In addition, every electrified classic Mini from MINI Recharged receives the characteristic central instrument cluster, familiar since the early days of the classic, which now displays the drive temperature, the selected gear, range and speed 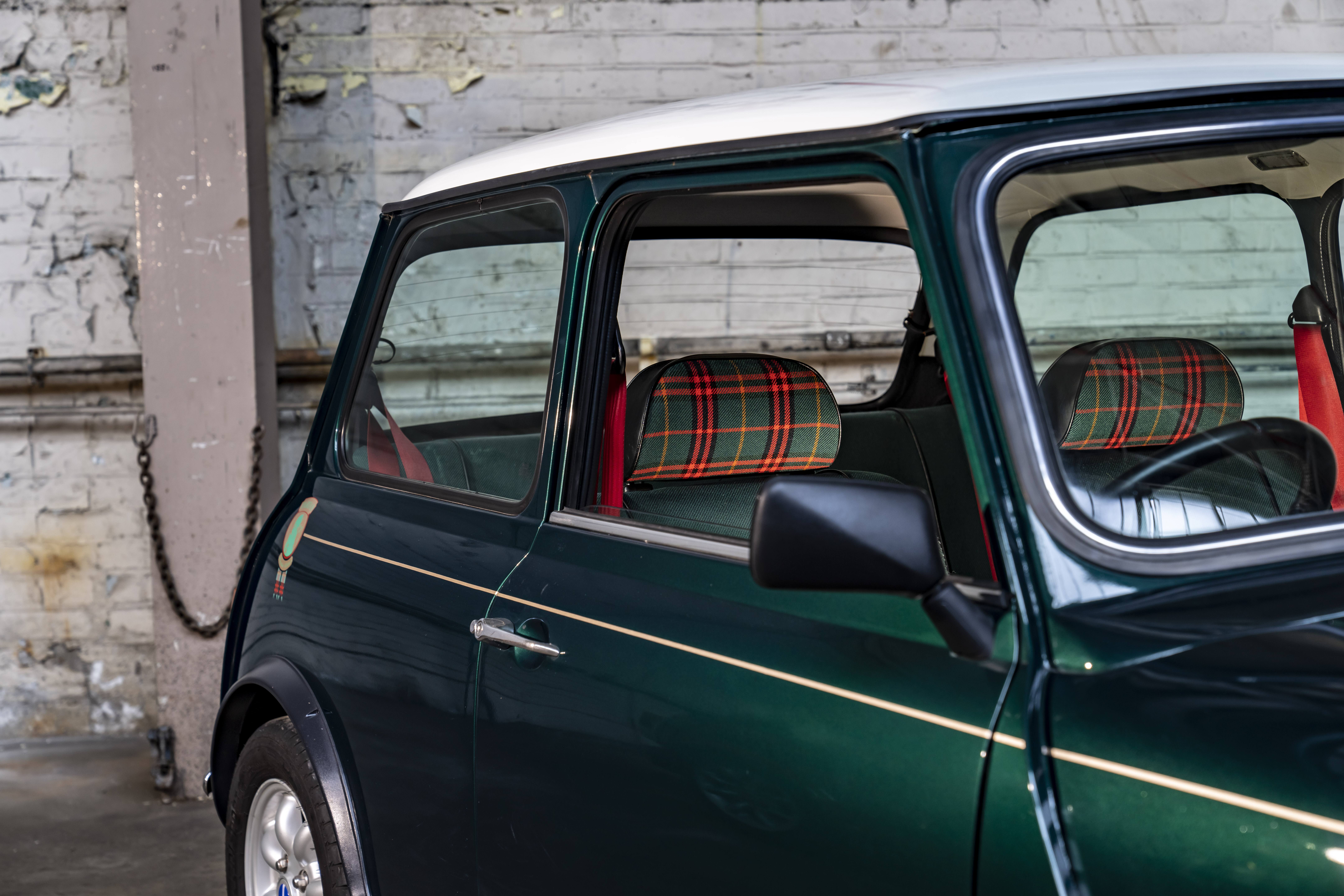 MINI Recharged fans gain a whole new driving experience; a silent drivetrain with instant acceleration and the ability to enter the electric or low-emission driving zones of many large cities, otherwise inaccessible with a combustion engine. For example, the electric classic Mini can drive in Oxford Street or Piccadilly Circus in London, and once again be part of the cityscape, without the driver having to pay an environmental tax (congestion charge) beforehand. In addition, the electric classic conversion does not need a new registration.

MINI Recharged fits seamlessly into the brand’s future strategy, which also includes the aspect of circular economy. For this project, no new vehicles are being produced, instead they are being created from much-loved, existing cars. It allows a classic Mini to begin a second, more sustainable life. Today, one in five new MINI models has an electrified drive and now the MINI Recharged project will allow the love of the brand’s classic vehicles to become an experience combining the past and the future.

The bespoke upcycling of the classic Mini is carried out exclusively in the United Kingdom. Each converted vehicle is given an individual number, making it unique. “Individuality also plays an important role with MINI Recharged,” says Sebastian Beuchel, Head of MINI Global Brand Management. “Unique classic Mini models have always been created, including true works of art on wheels. That’s why future collaborations are also planned as part of the MINI Recharged programme, allowing well-known artists to express their creativity with specially designed classic Mini models.”