The MINI Cooper S Clubman proves how a modern interpretation of the classic shooting-brake concept can combine tradition with progressive characteristics. The lifestyle-oriented Untold Edition now emphasizes the sophisticated refinement of the vehicle’s design with the new bodycolor Midnight Black. 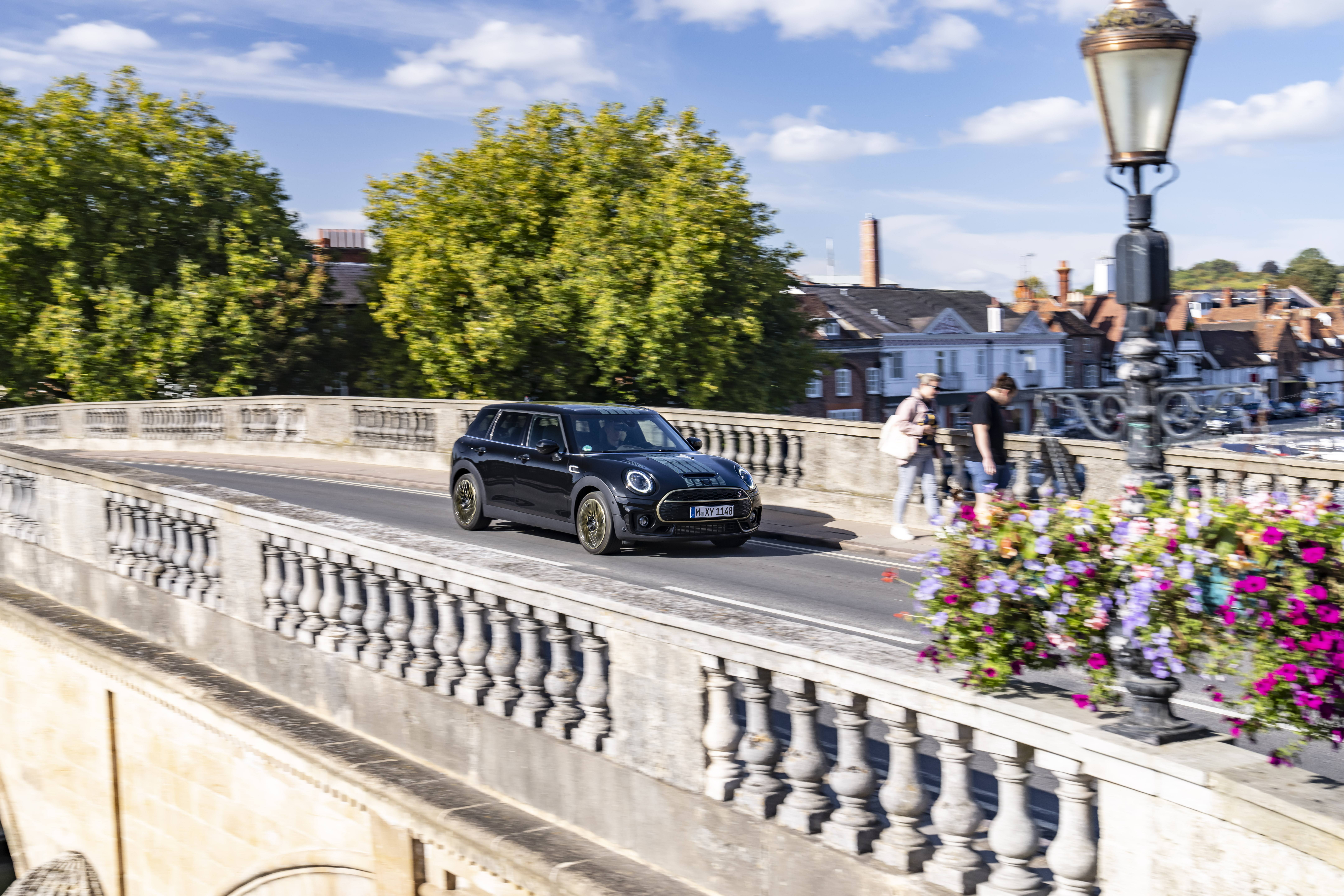 Munich. The unmistakable appearance of the MINI Clubman is characterized by the unique body concept with four doors, a particularly long roofline and the side-opening split doors at the rear. Thanks to the specific design features of the Untold Edition, the spacious exceptional talent succeeds in making a particularly charismatic appearance. As of now, the MINI Cooper S Clubman (fuel consumption combined: 7.1 – 6.7 l/100 km; CO2 emissions combined: 161 – 152 g/km according to WLTP) is also available in the Untold Edition in the new bodycolor Midnight Black.

The interior with seating for five and a generous, variable stowage volume that can be expanded from 360 to up to 1250 liters characterize the versatile functionality of the MINI Cooper S Clubman. The Untold Edition pairs the everyday practicality of the special model with stylish sportiness. The new Midnight Black paint finish characterizes the body along with the design of the front and rear aprons inspired by the John Cooper Works Aerodynamic Kit. Framed by the black band along the wheel arches, the new bodycolor enhances the strong character expression of the shooting-brake design. The four-cylinder gasoline engine with 131 kW/178 hp accelerates from 0 to 100 km/h in 7.2 seconds. 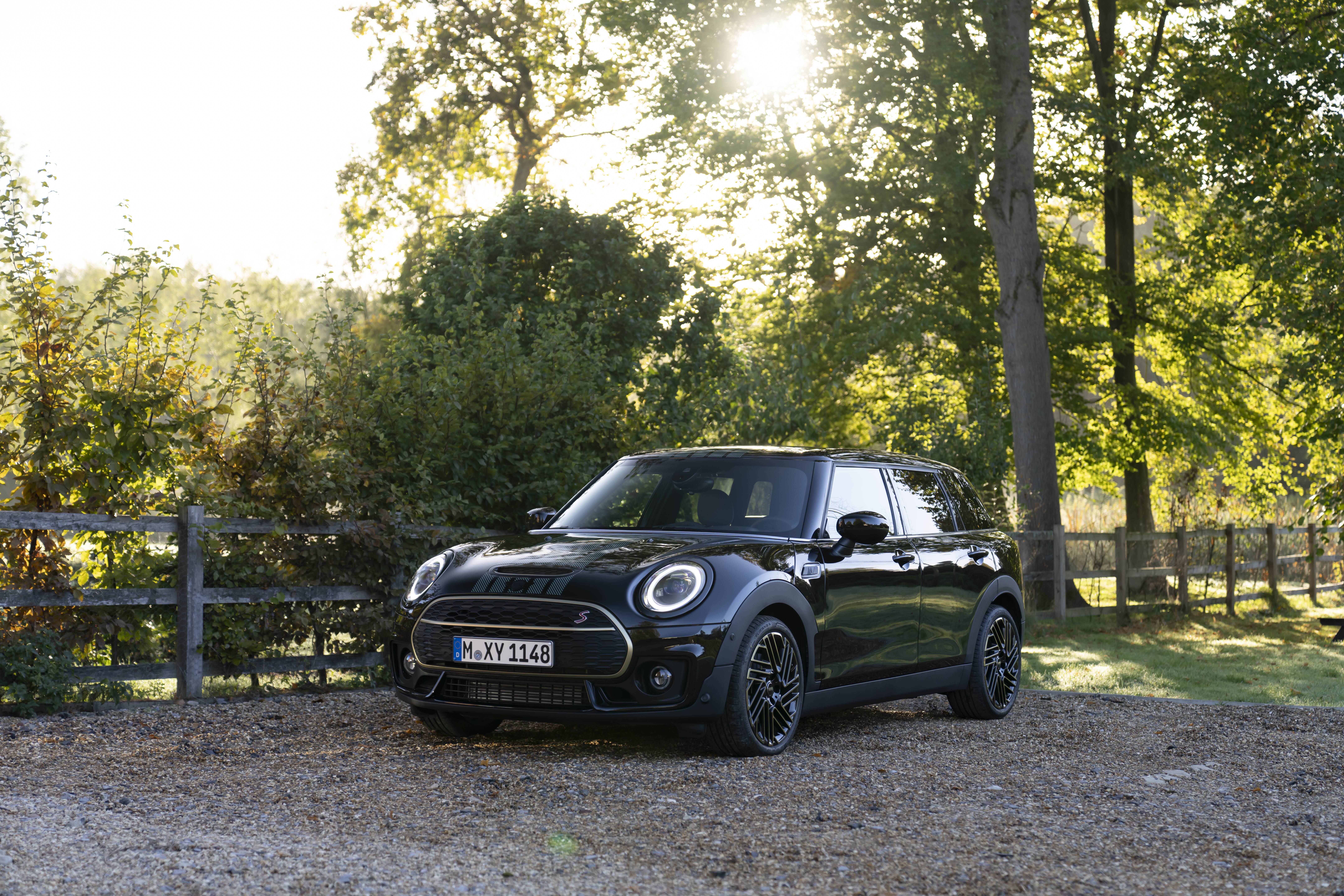 The sportiness of the MINI Cooper S Clubman in the Untold Edition is underscored by the five narrow Sport Stripes arranged parallel to one another and running centrally across the hood and roof. The graphic stripe pattern is one of the specific features of the Untold Edition. It also adorns the side scuttles, the logo projection emitted from the exterior mirrors and the door sill trims in the paint finish Refined Brass.

The color is also found in the design of the 18-inch light-alloy wheels developed exclusively for the edition vehicle. The bicolor surfaces of the rims, which feature the Untold Spoke design, combine the paint finishes Jet Black/Refined Brass for a glamorous appearance. 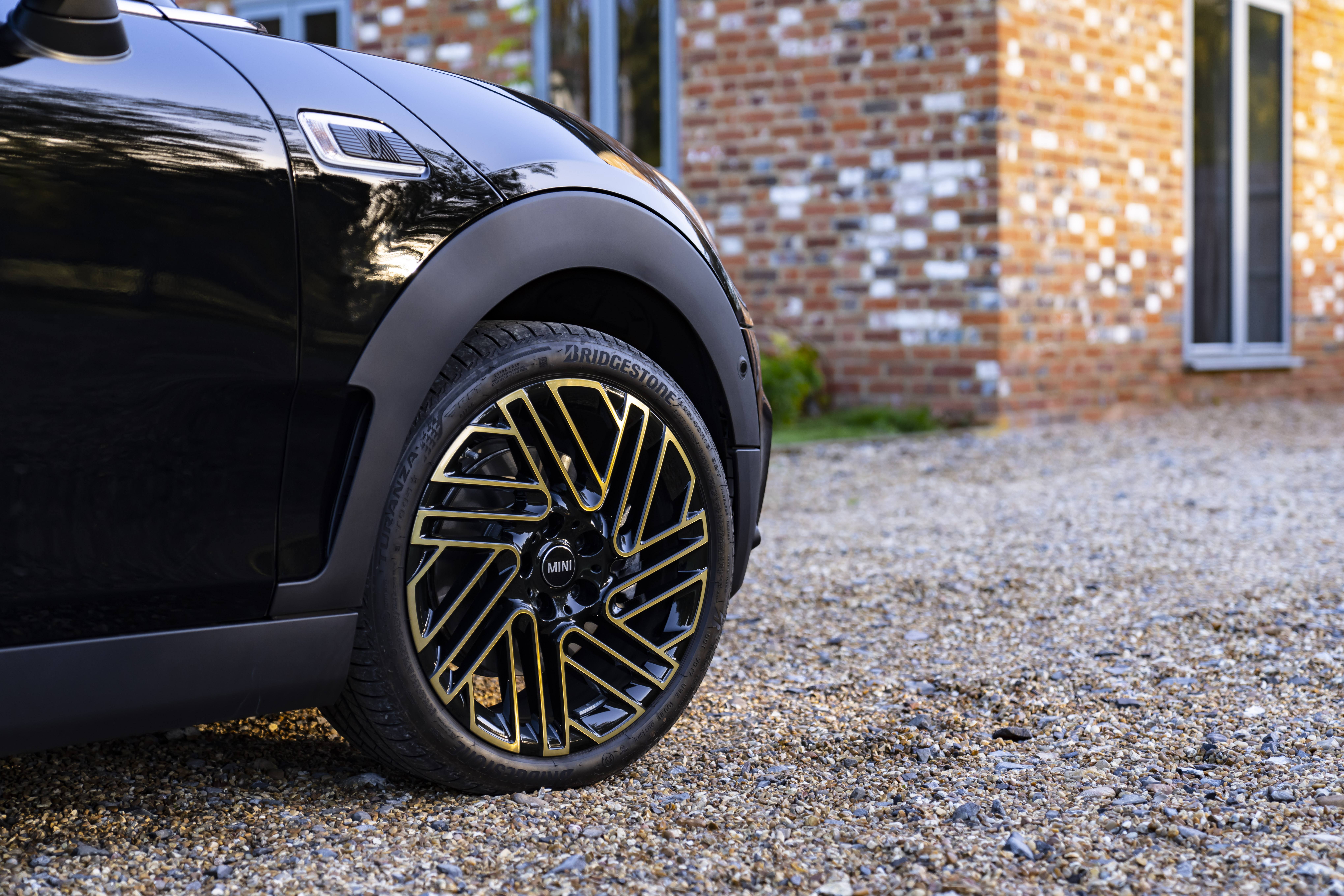 Exclusive interior ambience
The black sports seats in the MINI Yours Leather Lounge Carbon Black version transfer the confident aura of the exterior to the interior. Illuminated accent strips and exclusively designed interior surfaces with a discreet striped pattern, combined with the surrounds of the air vents reminiscent of refined brass, set noble accents.

In addition, the particularly high-quality equipment of the MINI Clubman in the Untold Edition will be enhanced by the MINI Driving Assistant as standard from November 2022. The driving assistance system includes additional functions that further enhance comfort and safety. For example, the included Active Guard driving function can help avoid collisions with a vehicle in front or stationary at speeds between 10 and 60 km/h by braking the vehicle.  And with camera-based Active Cruise Control (ACC), in addition to the set speed, the distance to the vehicle in front is also automatically regulated at speeds between 30 and 140 km/h.