Mini Ottawa | Blog | Electrified work of art: Premiere for the MINI Recharged Lakwena at the European Championships in Munich.

Electrified work of art: Premiere for the MINI Recharged Lakwena at the European Championships in Munich. 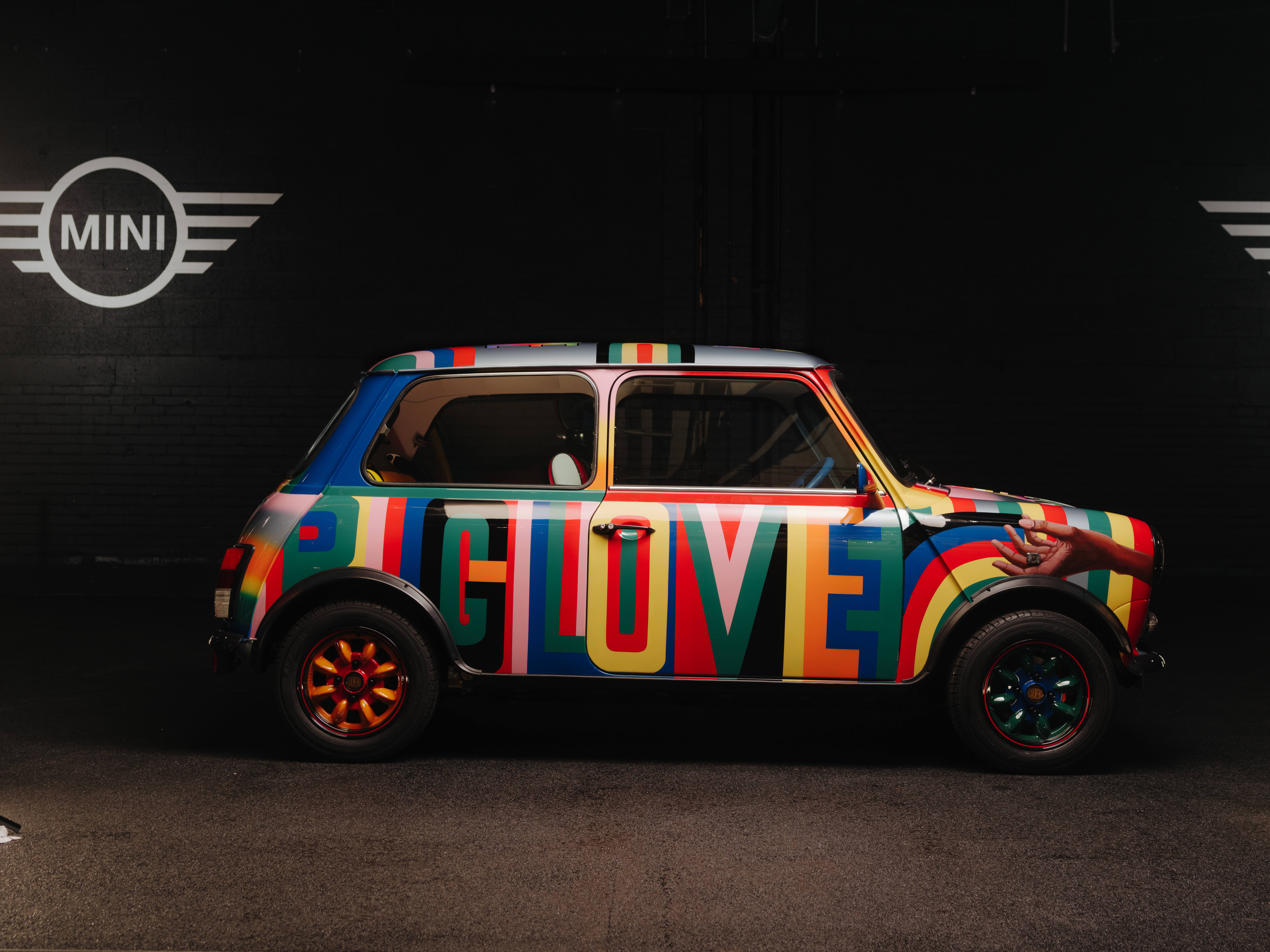 Munich. Colourful, loud and bright – the MINI Recharged Lakwena is an electrified work of art that literally bursts with colour and patterns. London-based artist Lakwena Maciver has redesigned the 1986 car chosen by MINI after the year of her birth, transforming the classic Mini into an ambassador for the MINI Recharged project, in which the existing engine was swapped for a new electric drive by MINI Partner Recharge Heritage Ltd.. Following British fashion designer Paul Smith’s model, this is already the second MINI Recharged to be transformed into a work of art.

At the heart of Lakwena’s work are courageous statements and bright colours. She mainly paints in public spaces, bringing art to people who might otherwise not have access to it. The cooperation between Lakwena and MINI began two years ago. Most recently, she painted a formerly grey high-rise façade in Munich during the IAA Mobility 2021 motor show, expressing joie de vivre and MINI’s central motto with her mural “BIG LOVE”. 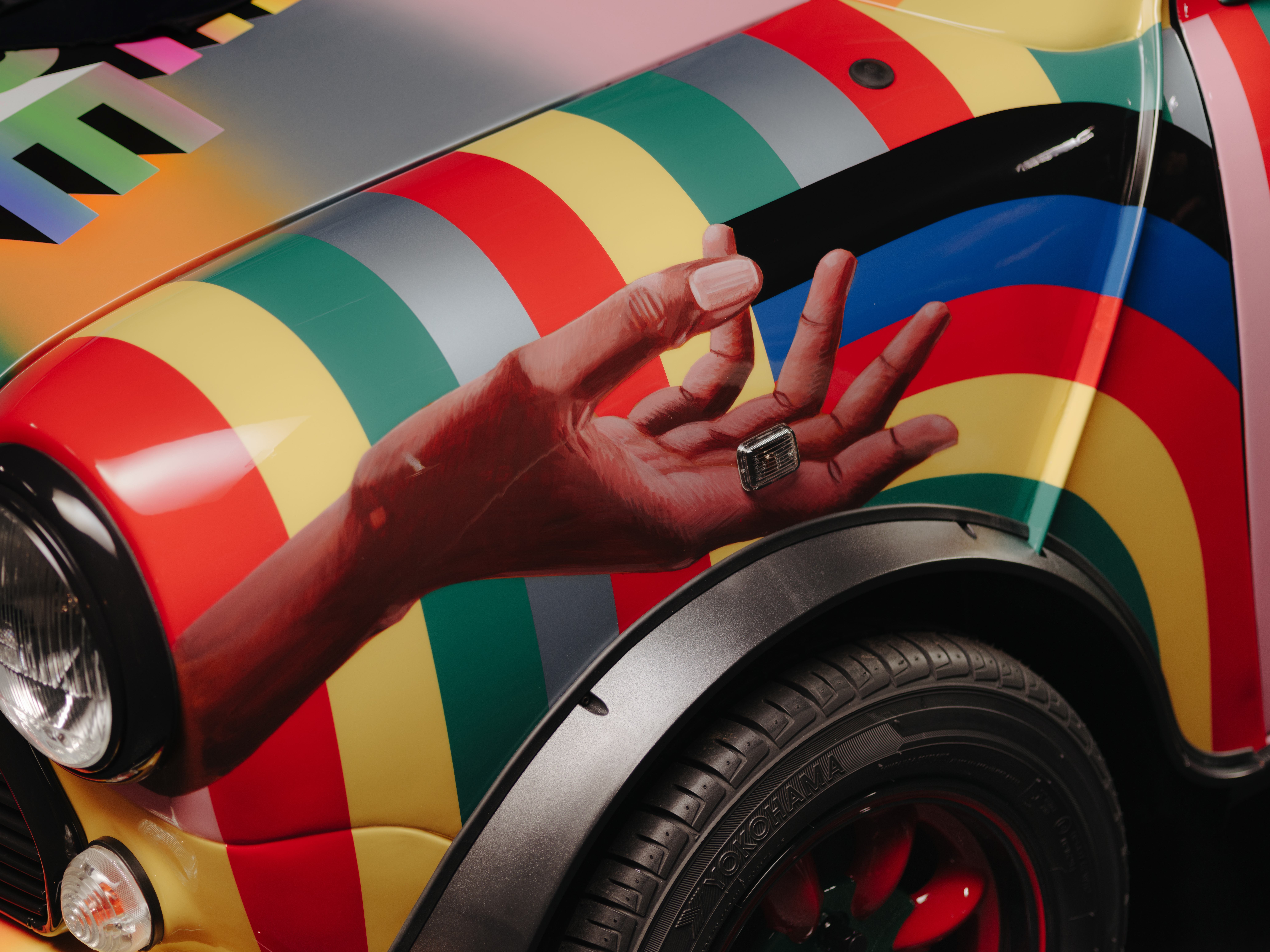 For the London-born artist, British culture is very much influenced by the exchange through long journeys that many people have taken. The design of the MINI Recharged Lakwena celebrates the diverse journeys and paths of different people with brightly applied patterns and colours. “I hope this MINI Recharged will make people feel good and put a smile on their faces. This MINI is a colour festival of cultures,” explains the artist. The artwork is ideally suited to this year’s European Championships, which will be held throughout Munich from 11 to 21 August. The competitions, in which athletes compete in nine different disciplines, stand for mutual respect, tolerance and diversity. 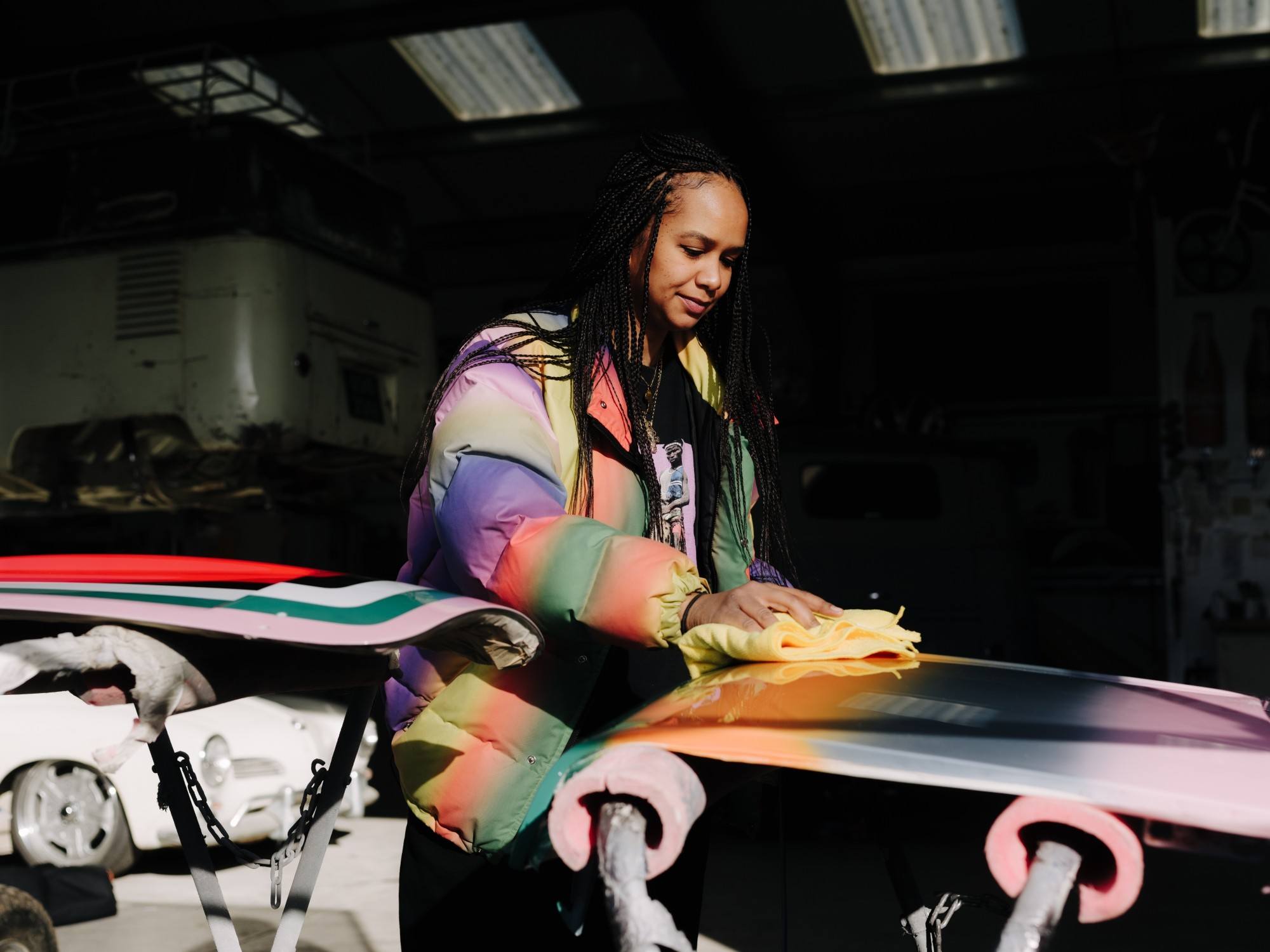 The BMW Group, with its brands BMW, BMW Motorrad and MINI, is official Premium Partner of the European Championships 2022. As part of this multifaceted sporting event, MINI will be presenting the MINI Recharged Lakwena for the first time on 11 August at Königsplatz. Together with other MINI special editions, the BIG LOVE Collection by MINI celebrates diversity. These include, for example, special cars designed by Paul Smith and David Bowie for the 40th MINI anniversary in 1999. MINI fans can discover a different, special MINI model in the partner area with the “Car of the day” on all eleven event days and share them with selfies in front of the vehicles’ distinctive BIG LOVE slogans.

MINI will be representing the BMW Group as sponsor of the beach volleyball and climbing competitions at Munich’s Königsplatz. Atmospheric sounds from a MINI converted into a DJ booth accompany the exciting matches in the beach volleyball arena. At the MINI Pavilion on Lenbachplatz, the European Championships will be accompanied by a varied programme of fitness, nutrition, mindfulness, art and music – including the MINI Recharged Lakwena from 12 to 17 August 2022. Finally, on Saturday evening, MINI celebrates diversity with a BIG LOVE UNITED party.

You will find more information about MINI at the European Championships 2022 in Munich here https://www.mini.com/en_MS/home/people/we-celebrate-diversity-european-championships-2022.html