Discover Iceland’s with the MINI Cooper S Clubman ALL4. 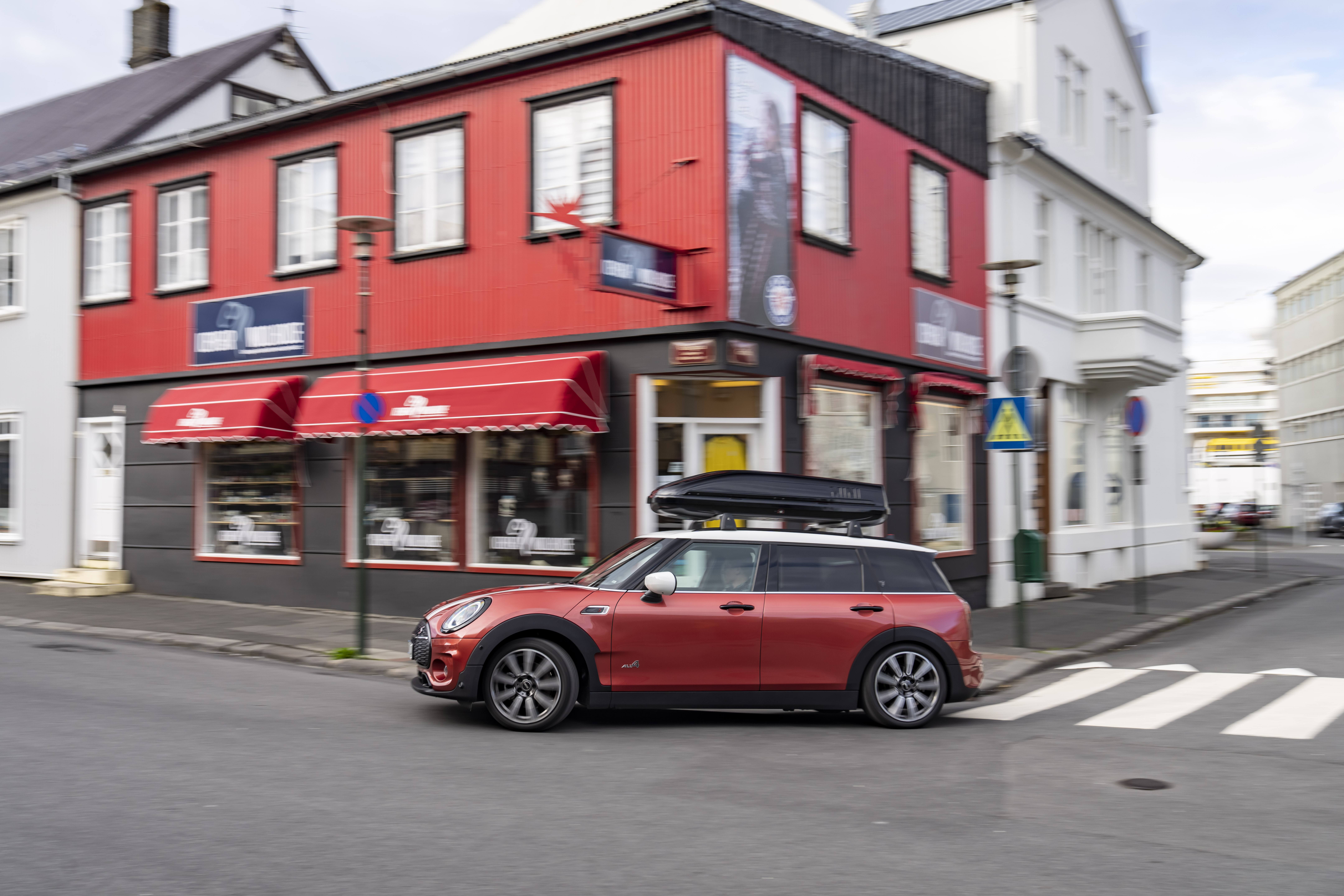 Reykjavik. We start where it all began. At the Sun Voyager monument directly on the northern Saebraut coastal road near Reykjavik harbour. The stainless steel sculpture by artist Jon Gunnar Arnason resembles a Viking ship and was unveiled in 1990 to mark the anniversary of the city of Reykjavik. At sunrise and sunset, the metal seems to glow. And it is precisely at today’s site that the Viking Ingolfur Arnarson is said to have established his farm as the first permanent settler around the year 900.

Back to the present and into modern, dynamic, stormy and idyllic Reykjavik – the small metropolis beneath the Arctic Circle. The young city, barely 250 years old, is teeming with life. Colourful houses in the city centre, villa districts with their gardens in the centre and the new apartment blocks in the west: Urban city life on the seashore. The MINI Cooper S Clubman ALL4 seems tailor-made for this environment with its reduced design language, its urban appeal, the hallmark design features such as the hexagonal radiator grille and the round headlights. The rear lights in Union Jack design are a subtle reminder of the brand’s British origins.

By the way: Reykjavik even boasts a beach for bathing. It’s located on the edge of the Öskjuhliò recreation area and has a remarkable temperature of 20 degrees, thanks to the supply of thermal water. In summer, it can get crowded here as it’s only 100 metres long. 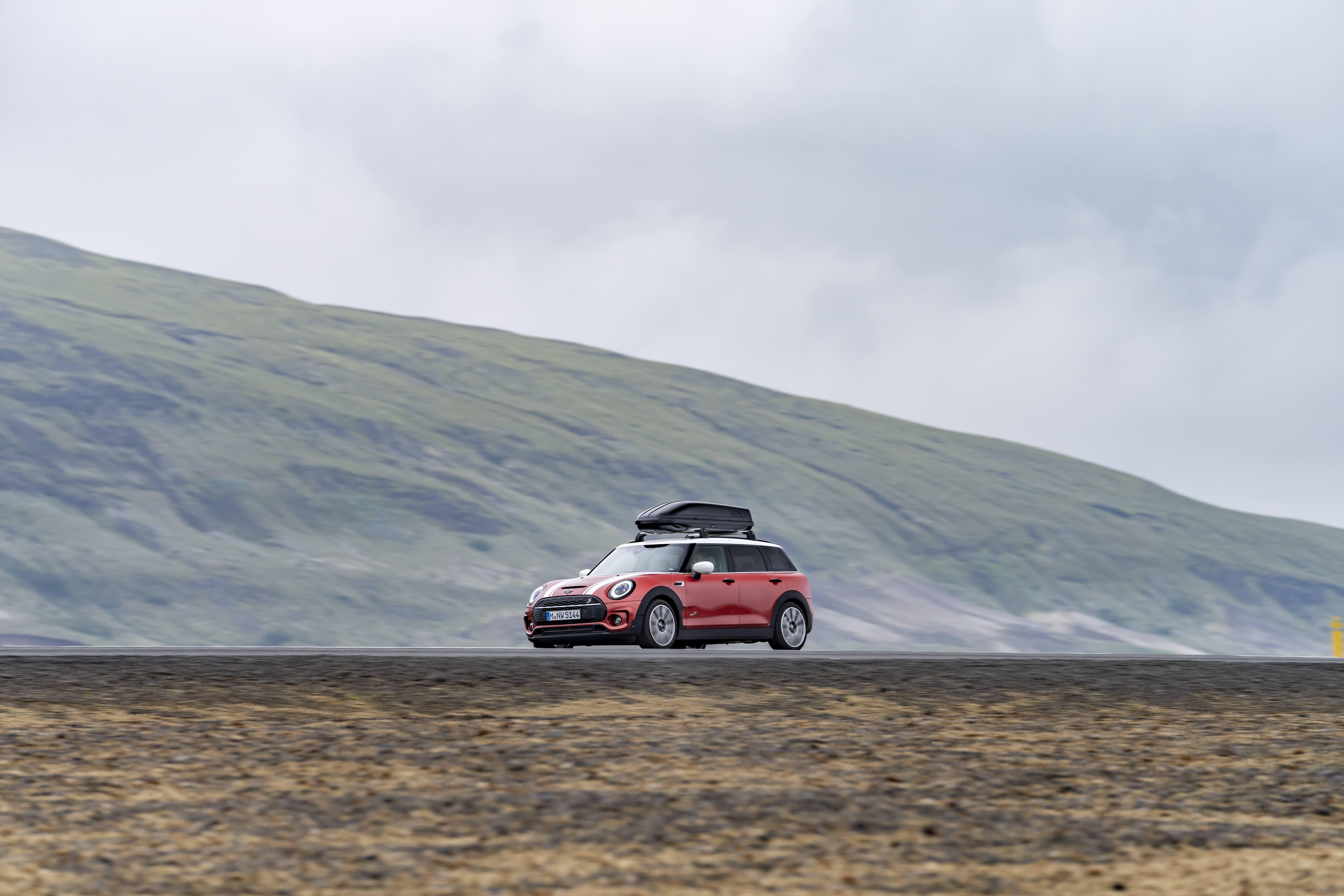 We make a short detour to the harbour. Because fish is the main ingredient of Icelandic cuisine. From dried fish to wild salmon – the brave among the tourists try whale meat or enjoy sild (herring bites) – for breakfast. The whale watching tours for seeing blue whales and sperm whales are spectacular. These whales are particularly well represented here off the coast due to the large schools of fish.

Now let’s get out of the city. Our MINI Cooper S Clubman ALL4 in Indian Summer Red needs some open road and we need a little wellness. We drive southwest on Route 43. Our destination: the Blue Lagoon. The lava field surrounding the lagoon bears the uninviting name Illahraun – Lava of Terror. In the past, the jagged rock was considered completely impassable. in 1978, 240-degree hot water began to be brought to the surface from a depth of around 2,000 metres in order to generate energy. The completely pure water was then drained into the Illahraun, where the Blue Lagoon was created. The secret of the Blue Lagoon lies, as so often, in nature: The water, which has an average temperature of 39 degrees, consists of one-third fresh water, which is seeping up, and two-thirds seawater, which is washed in. Rock algae dissolved in the water  reflect blue light and make the lagoon shine in its typical colour. The silicic acid contained in the water makes for an incomparable bathing experience and, on top of that, helps with many skin diseases.

Golden Circle is the name of the tour that now lies ahead of us. We take the Ringroad (road 1) towards Selfoss. The MINI Cooper S Clubman ALL4 (combined fuel consumption: 6.7 – 6.3 l/100 km according to WLTP, combined CO2 emissions: 152 – 144 g/km according to WLTP) is not allowed to unleash its power, even on Iceland’s largest and most well-built road. But of course it also lets you know about how dynamic it is, thanks to its 280 Nm of torque. 90 km/h is the maximum speed permitted in Iceland. That’s not even enough for the sprint to 100 km/h, which the 4.26 metre Clubman manages in 7.2 seconds thanks to its 178 hp 2.0 litre 4-cylinder turbo engine. Not to mention the top speed of 228 km/h on this road.

In Selfoss we turn off onto Route 35. It’s a good 60 kilometres to the thermal region of Haukadalur and the Great Geyser, which gives its name to all its fellow geysers. It has been quiet for years and is only very rarely active. Instead, its little brother Strokkur reliably shoots hot water into the air every ten minutes. In addition to these two comparatively large geysers, there are many small bubbling springs and mini geysers in Haukaladur. Other hot springs catch your eye directly because of their bright blue colour. But beware: Don’t test the water temperature with your hand. They may look peaceful, but they are usually boiling hot. 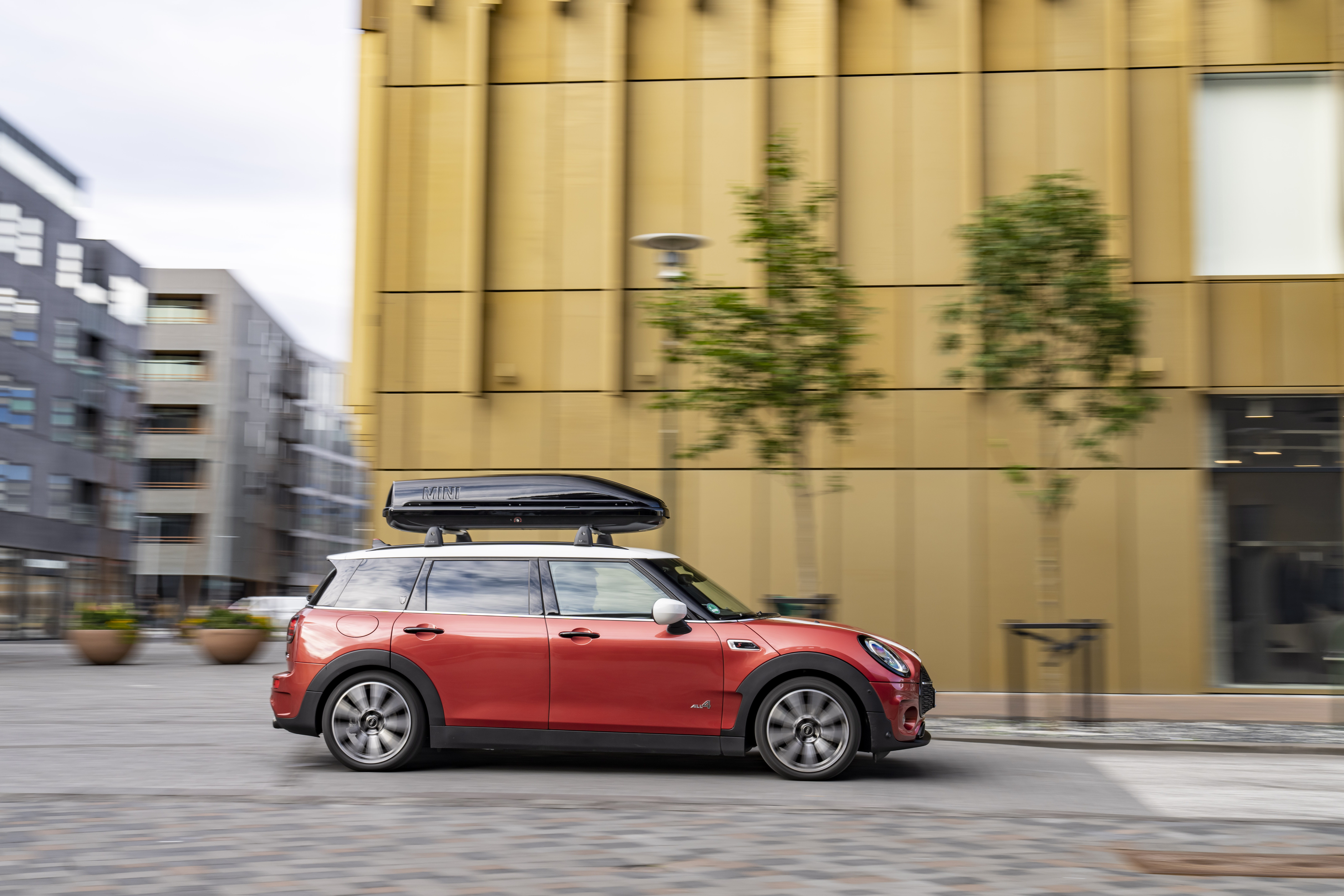 Ten kilometres further north is Gullfoss, the “golden waterfall”. The water falls in two stages here – from the second stage the water drops 70 metres – making the spectacle particularly impressive. At Gulfoss there are viewing platforms which are more or less safe. More or less safe means: the platform borders are “secured” with thin bands. The ground is damp and the plateau uneven.

Heading west, Route 35 then becomes Route 37. It’s now a good 60 kilometres to Thingvellir National Park. There are passages where we are glad we have all-wheel drive in our MINI Cooper S Clubman ALL4 – as on so many roads in Iceland. In the numerous bends, we can experience the four-seater’s temperament and acceleration in the true sense of the word. In Thingvellir National Park, a UNESCO World Heritage Site, the American and European continental shelves meet. To be more precise, they are drifting apart – by two centimetres per year. So you can walk between the two continents. Thingvellir is not only a national park, it is a historical place for Icelanders. At the time of Iceland’s settlement, i.e. after Ingolfur Arnarson built the first farm, numerous bridle paths from all parts of the country converged here. It was here that the annual Althing, the people’s assembly, took place from 930 onwards. The constitution was read out, new laws were passed and a big folk festival was celebrated. Today’s Parliament of Iceland still bears the name Althing.