Mini Ottawa | Blog | AGE IS BUT A NUMBER. MEET THE SILVER SLIDERS.

AGE IS BUT A NUMBER. MEET THE SILVER SLIDERS.

Who said getting older means slowing down? Certainly not the Silver Sliders – a Canadian ski crew of 70-somethings who, after four decades, still hit the slopes pretty much every day.

We met up with the current members – Bud Stoll, Ken McClennan, Joan Harvey and Mike Brewster – to hear more about how they’re living their best lives in beautiful British Columbia. Here’s what we learnt from them…

1. THE KEY TO HAPPINESS IS FRIENDSHIP. 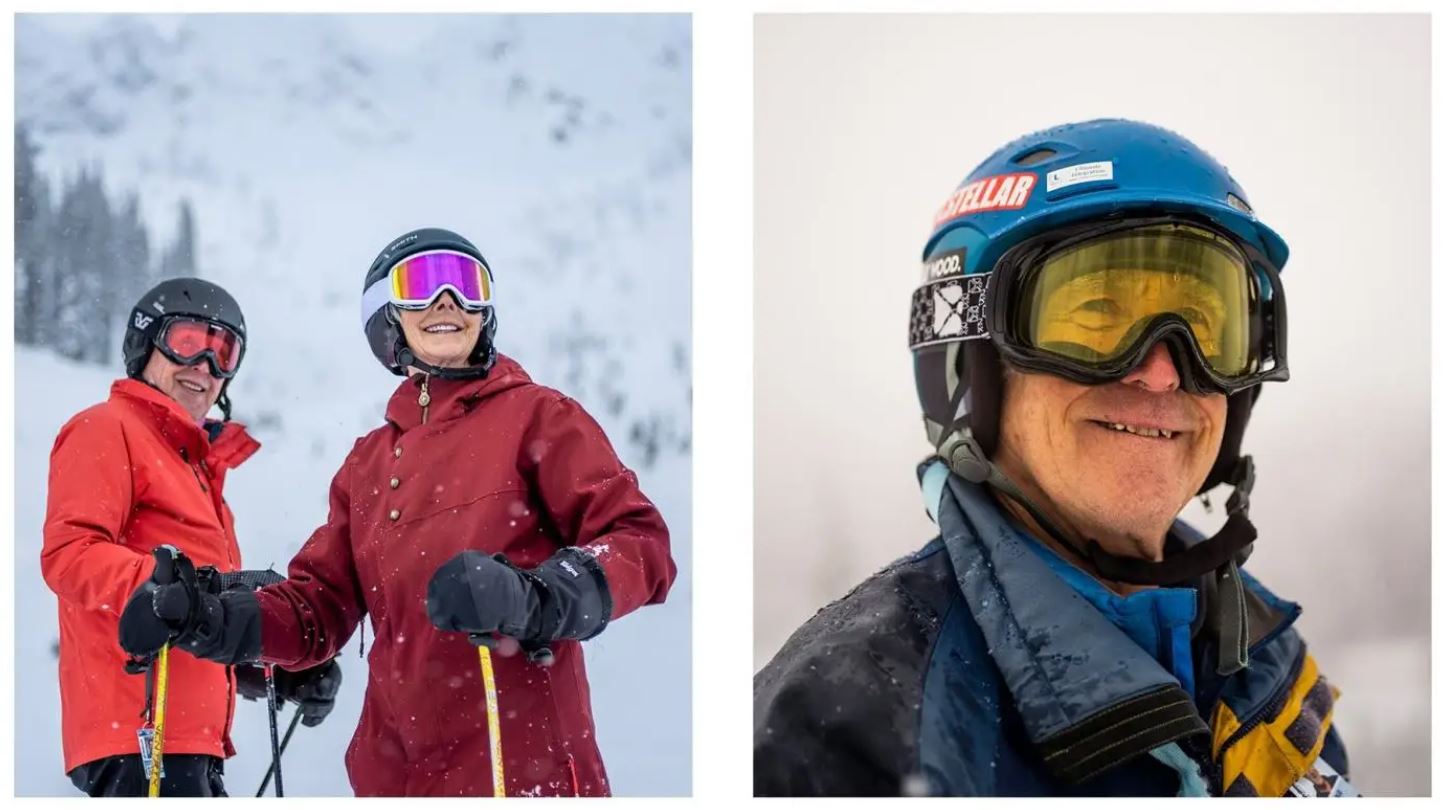 Many people struggle with loneliness in old age, which is why spending time with the people they love is the number one priority for the Silver Sliders. Mike and Joan have been a couple since the 1970s, and friends with Bud and Ken since then – and they’ve always done off-piste skiing together. Anyone lucky enough to accompany them on one of their skiing expeditions will soon see they’re as thick as thieves.

2. THIS ROLLING STONE GATHERS NO MOSS.

Bud has been skiing at Whitewater Ski Resort for decades and knows it like the back of his hand. In fact, he reckons it’s his in-depth knowledge of the region that helps him continue skiing safely and so often. Seriously, this guy knows every tricky descent, tree-lined track and hidden snowdrift. Even the other locals are constantly surprised by how many secret spots he knows. “This man is supposed to be over 70? No way!” 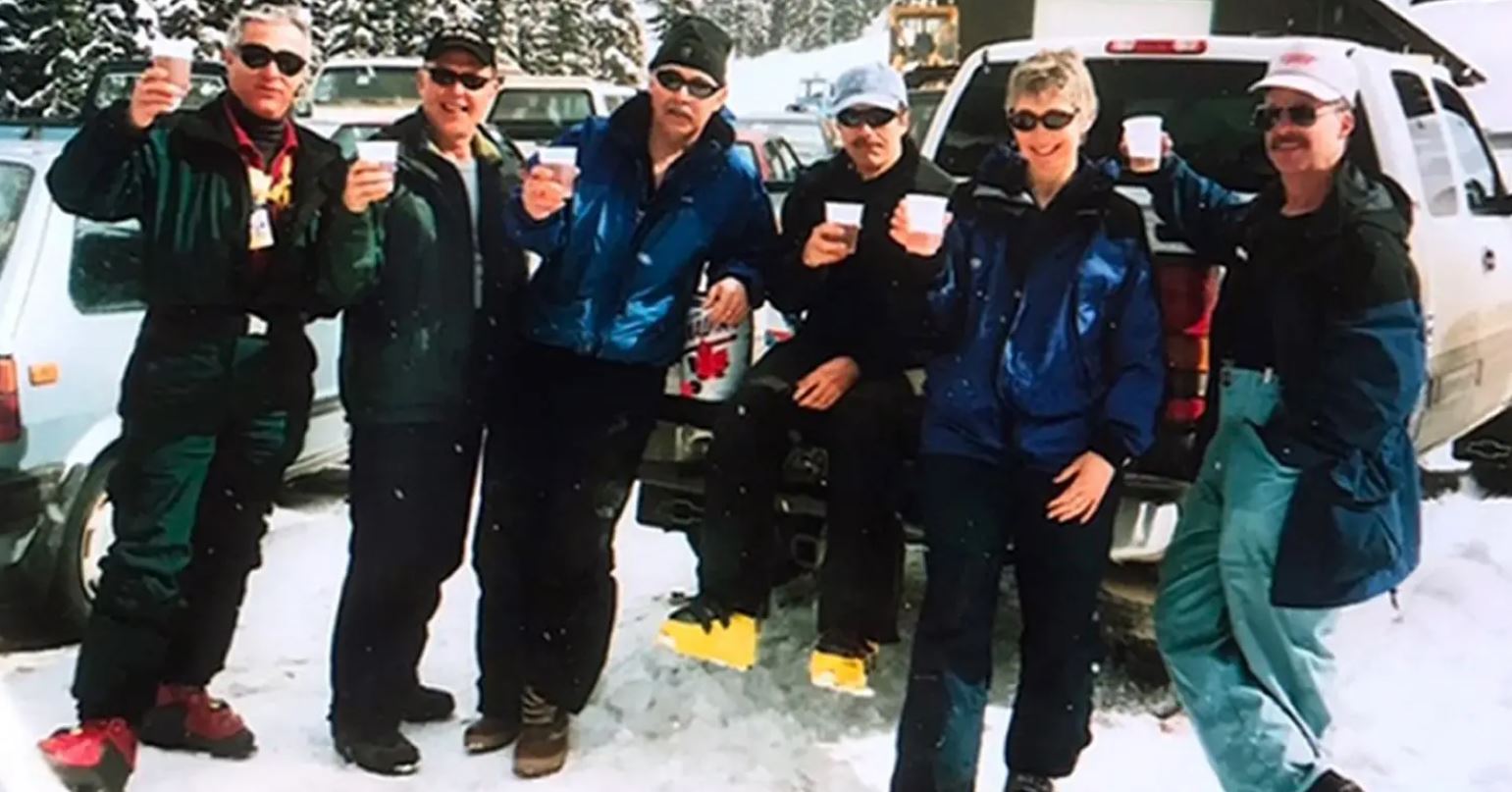 A sticker on Bud’s car boot reads: “When hell freezes over, I’ll ski there, too!”. Yep, these guys have a sense of humour to go with their passion for skiing. They often make fun of themselves and each other, cracking jokes about their creaking aged bones and even throwing the odd snowball. And if you were wondering about the name, we asked Joan what inspired it: “We were called the ‘Silver Sliders’ because our first fat skis were those silver Volants.” She continues, with obvious amusement: “But it has nothing to do with our hair colour because back then we weren’t grey!”

4. BE ADVENTUROUS, BUT EXERCISE CAUTION.

You can’t enjoy off-piste skiing without a real sense of adventure. In the late 1970s, the Silver Sliders were among the first people brave enough to try out skiing through the untouched deep snow on the ‘backside’ of the Whitewater Ski Resort. Before long, they were doing it several times a day. But they knew they needed to be careful. That’s why they always used (and still use) a vehicle that can cope with the rough, snow-covered tracks – like the mighty MINI Countryman JCW.

They also nominate a designated driver on every outing in case the skiers get in trouble, and always communicate via walkie-talkie – the same way they have for decades. As for how they’ve managed to keep skiing after all these years, the crew reckon they have the deep powder snow to thank. “It’s easier on the knees,” says Mike. 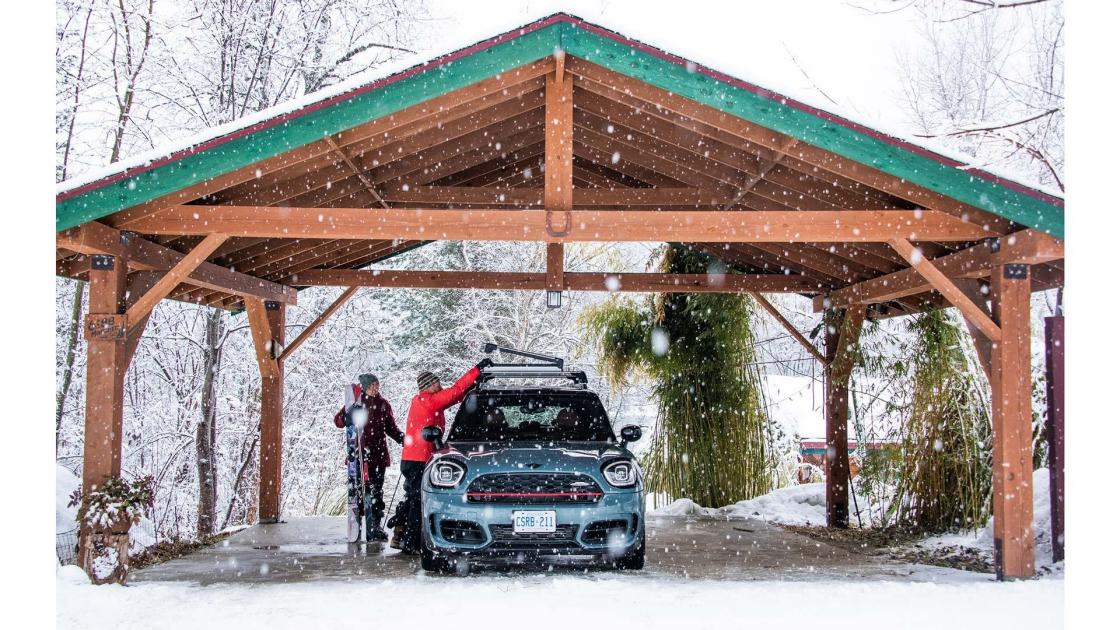 5. BE OPEN-MINDED AND CURIOUS.

The Silver Sliders are not only role models when it comes to celebrating friendship, enjoying life, and keeping moving as you get older: they also show us what can happen when you try new, unfamiliar things with people beyond the ski slopes – like our film team, for example. None of them had done any film work before but they were absolute pros; never impatient when we were adjusting lights or changing camera lenses in the cold. They even invited us into their home for a cuppa. That’s why we’d like to take this opportunity to say: Joan, Bud, Mike and Ken – thank you so much for your time and for sharing your story with MINI. Keep on skiing!

And to everyone else, we hope the Silver Sliders inspire you to keep doing what you love and the most of every moment. Because this ski-crazy crew proves that age is just a number.
Previous Post Next Post